Ted Lewis has been a consultant and trainer with the Center since the summer of 2013. Since 1996 he has done a variety of work in the fields of restorative justice and conflict resolution, including work as a practitioner, program manager, trainer, writer, director, teacher, and consultant. Most of this work has been done through and for nonprofit organizations that have partnered with government agencies. He has also taught the Restorative Justice course as an adjunct professor at UMD Duluth campus.

As a Communications Consultant, Ted's primary work for the center is to provide training for new programs. His specialty is to do Victim Offender Conferencing training for facilitators. He also assists with helping new programs with referral protocols and program management resources. Ted also provides center activities that include creating training and program management manuals for agencies that have contracted for services with the center, writing procedural protocols based on best-practices in the field, assisting with co-authorship projects taken on by the center, co-presenting at center-sponsored training, and writing content for the website.

From 2009 to 2013 Ted was Executive Director for Barron County Restorative Justice Programs in Wisconsin, a program of Goodwill North Central Wisconsin, overseeing a staff of nine for comprehensive restorative programming. From 2000 to 2009 he was Program Manager for the Center for Dialogue and Resolution (formerly Community Mediation Services) in Eugene, Oregon, where he oversaw programming in both dispute mediation and restorative justice. He still leads an annual 16-hour training in victim offender mediation for Oregon programs every spring. Prior to that Ted was the first program manager for the VORP of Central Kansas (Victim Offender Reconciliation Program) which was modeled after the original restorative justice programs that started in the late 70s and early 80s. He received a master’s degree in Religious Studies from the University of Minnesota.

Given his dual-background in mediation and restorative justice, Ted has adapted both intervention and prevention work for faith-based church communities. In Oregon he provided mediation and reconciliation services through the Pacific Northwest Mennonite Conference. He currently does workshops for churches that emphasize healing and growth in the context of relational hurts. For more information on this, see his website: www.restorativechurch.org

Ted currently serves on the Executive Committee as Secretary for the NACRJ (National Association of Community and Restorative Justice). A top passion of his is to document and share stories of positive restorative dialogue processes. He currently lives in Duluth, MN. 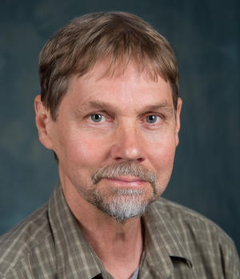